“Harmony sinks deep into the recesses of the soul and takes its strongest hold there, bringing grace also to the body & mind as well. Music is a moral law. It gives a soul to the universe, wings to the mind, flight to the imagination, a charm to sadness, and life to everything. It is the essence of order…”

Music therapy is not an old idea. Music, like your sense of smell, can bring up memories and help you associate emotions with something concrete. It also offers understanding into life experiences. I have used music now more than ever to help me cope with my illness. They call it music therapy. I call it a gift of understanding.

One day when I was feeling so alone. I had just come to understand that at one point in my life I had two paths. Being a right path chooser by nature, I visualized I went left. I seem to have ignored my intuition – never do that by the way.

That path led me to become a person I didn’t recognize one day. I literally looked in the mirror and was disgusted with the person looking back. Do I regret it? No because that path led me to my amazing husband, beautiful children and questioning life’s true purpose. Maybe in my 20’s I wasn’t ready for the life originally meant for me. Maybe I wasn’t ready to understand God in the way I do now. Maybe I was too weak to bear the weight that life sometimes puts on my shoulders. Maybe I needed time to truly absorb life and appreciate it. All I know is now I have taken that path and it has led me back around to an option to choose the other path and I have.

Sara Barellis, an amazing writer and singer, wrote this beautiful song. Another woman pulled these words from somewhere in her soul and gave them to the world. Knowing that another woman at some point in her life felt this way gave me peace that day.  A soul sister. We are all connected.

“She Used To Be Mine” 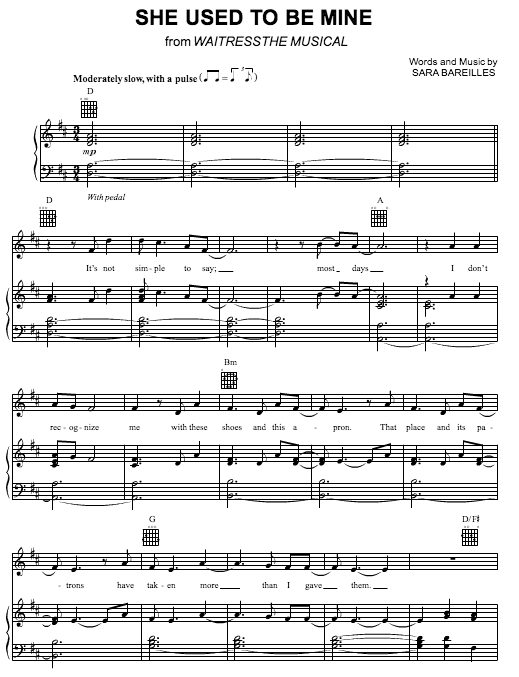